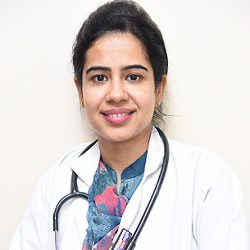 Dr. Simrandeep Kaur is an infertility specialist and IVF practitioner. She is Delhi based and practices in Moti Nagar area of West Delhi. Dr. Simrandeep Kaur has been working since 2006. She has fourteen years experience as a medical practitioner. She has been working as a specialist since the last nine years. She completed her MBBS in 2006 from Government Medical College and Hospital, Chandigarh. She completed her MS in 2011 from the same college. She holds a fellowship in reproductive medicine from Nova IVI Fertility, New Delhi. She is currently working as Consultant (Infertility & IVF) at Apollo Ferticity (Moti Nagar West Delhi), and BLK Super Speciality Hospital (Pusa Road Central Delhi). Her areas of expertise are recurrent IVF failure, PCOS, Ovarian Dysfunction, unexplained fertility, male infertility, endometriosis, adenomyosis. The doctor also performs fertility enhancing procedures like laparoscopic surgery and hysteroscopy. The doctor also handles cases of high risk pregnancies.

Dr. Simrandeep Kaur has worked at India's most reputed hospitals. She completed her senior residency from All India Institute of Medical Sciences. She has also worked as a research officer at AIIMS. She was an associate consultant at Mother & Child Hospital from 2016 to 2017.