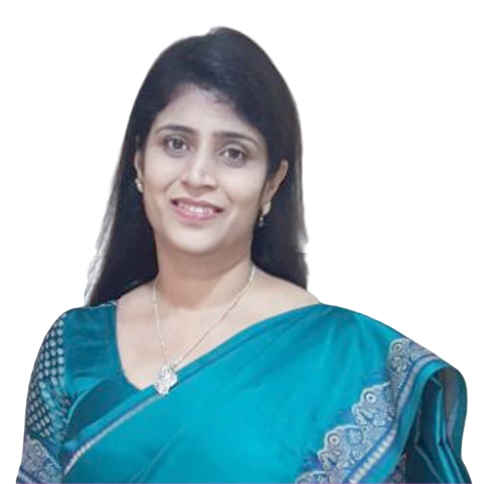 Dr. Shweta Bansal Wazir is a gynecologist and obstetrician. She has been practicing since 1999. Dr. Shweta Bansal completed her MBBS in 1999 from RG Kar Medical College & Hospital, Kolkata. She completed her DGO in 2003 from University of Calcutta in 2003. She has a MD in Obstetrics & Gynecology from Pt. Jawahar Lal Nehru Memorial Medical College Raipur. She completed her MD in 2006. Dr Shweta Bansal is an experienced gynecologist with an experience of more than two decades. The doctor has worked as Post Graduate Trainee at Calcutta Medical College and Pt. Jawahar Lal Nehru Medical College, Raipur. She has worked as Consultant at Institute of Laparoscopic Surgery from 2006 to 2007. She has worked as Consultant at Bhagirath Neotia Women & Child Care Centre, Park Hospital, Kolkata. She was a Senior Resident at Max Super Specialty Hospital, New Delhi from 2008 to 2009. She was a Specialist Registrar at Queen Elizabeth Hospital,New Castle, UK from 2009 to 2010. She worked with Apollo Cradle Hospital from 2010 to 2015 as a Senior Consultant. Dr. Shweta Bansal Wazir is available for consultation at Cloudnine Hospital (Sectors 47 & 56 Gurgaon), and Silver Nest Clinic, Rosewood City (Sector 31), Gurgaon.

Serum Creatinine Kinase In Ectopic Pregnancy Published In Journal Of Obstetrics & Gynecology Of India, Vol.55 No.5, Sept- Oct 2005 Which Has Been Nominated For The Best Paper Of The Year 2005.

Ndvh- Are There Any Contraindictions Published In Journal Of Obstetrics & Gynecology Of India,vol.56 No.2, March- April 2006