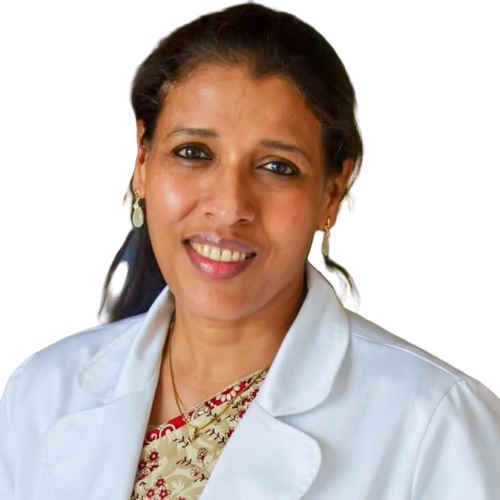 Dr. Shakuntala Kumar is a senior gynecologist and obstetrician. She practices at GTB Nagar, in North Delhi. Dr. Shakuntala Kumar is an MBBS from the prestigious Moulana Azad Medical College, New Delhi. She completed her MBBS in 1987. She has done her Diploma in Obstetrics and Gynecology from Vardhman Mahavir Medical College & Safdarjung Hospital, Delhi in 1992. Dr. Shakuntala Kumar is a Fellow of Indian College of Obstetrics and Gynecology. She has a Diploma in Endoscopy from Kiel Germany. The doctor has worked as a Senior Consultant at Fortis Hospital Shalimar Bagh. She is working as Senior Consultant Gynecologist at Nulife Hospital since 1992.

Dr. Shakuntala Kumar is a senior gynecologist with over thirty three years experience. She has twenty eight years of experience as a specialist. The doctor has performed over 5000 surgeries and is considered among the top gynecologists & obstetricians in Delhi. Her areas of specialization are gynecology and obstetrics.

Faculty in a Conference on Gynaecology in MOSCOW 2013

Summit on Diabetes at MAURITUS in October 2014

Meet on Perinatology at Zagreb, CROATIA in April 2015