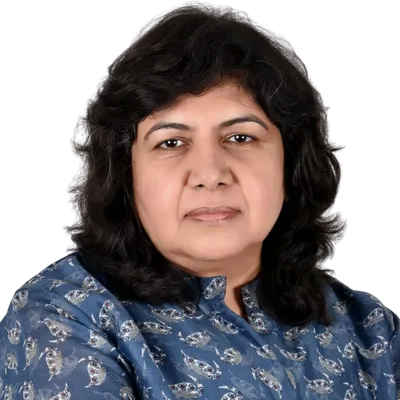 Dr. Preety Aggarwal is a leading gynecologist and obstetrician with three decades of experience. She is based out of Gurgaon. Dr. Preety Aggarwal completed her MBBS in 1989 from Lady Hardinge Medical College, Delhi University. Thereafter, she completed her DNB in 1997 from St. Stephen's Hospital Delhi. The doctor is a reputed gynecologist and is currently working as Medical Director (Obstetrics & Gynecology) at Cloudnine Hospital Gurgaon. She is available for consultation at Cloudnine Hospital (Sector 47 Gurgaon) and Mother & Child Clinic (DLF Phase IV).

Dr. Preety Aggarwal has a keen interest in academics. She is a well known speaker in academic circles and regularly speaks at national and international seminars. She has written a number of articles on gynecology and obstetrics for the Journal of Gurgaon Obstetrics and Gynecology Society. She has been a faculty in various national and international seminars. She is an avid reader and keeps herself well versed with recent developments in the field of obstetrics, gynecology and assisted reproductive technology.